Resolve, innovation, and passion define Trevor Anderies’ musical direction. Based in Los Angeles, California, he performs locally and on the international scene with many groups including, Slumgum, The Walsh Set Trio, The Jon Armstrong Jazz Orchestra, Dan Rosenboom, Joe Anderies Generations Project, Neelamjit Dhillon, The Nigerian Talking Drum Ensemble, and The Trevor Anderies Quintet. Amongst his many teachers have been Joe LaBarbara, Bennie Maupin, Art Lande, Randy Gloss, Paul Romaine, and Larry Koonse. In addition, Trevor has studied Ewe music from Ghanian Master Drummer Alfred Ladzekpo, and Tabla from North Indian Master Swapan Chaudhuri. Trevor has performed and recorded with a wide array of artists including Bennie Maupin, Charlie Haden’s Liberation Orchestra, Dwight Trible, Hugh Ragin, Ron Miles, Greg Gisbert, Pat Coil, Larry Coryell, Eric Gunnison, and Shunzo Ohno. In addition to being a performer Trevor works as an Adjunct Professor at Pierce College and as an Accompanist at the University of Southern California Kaufman School of Dance. Trevor has also presented workshops at various universities including CU Boulder, Denver University, Reed College, Sacramento State, Metro State, Mesa State College, George Mason University, and the University of Reno, Nevada. Trevor has performed his music all around the United States as well as in Italy, Germany, France, Luxembourg, Denmark, Brussels and Taiwan. Anderies released his debut album, Shades of Truth, in 2013 on Nine Winds Records, his second album Promise of a Tree on Orenda Records, and his latest album Samsara on Personality Records. 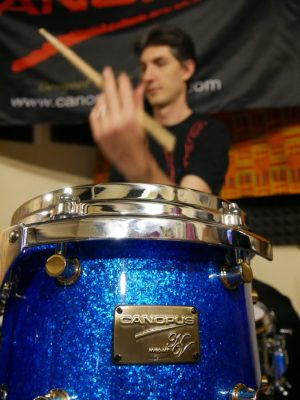 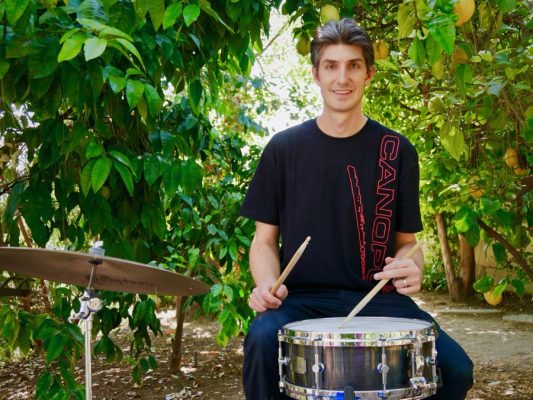 Snare Drum : 1ply Elm
The first time I played this drum I immediately fell in love and knew I had to have it. The articulation is so clear no matter your tuning preferences while also giving a wide dynamic range to fully express yourself on the drum.

Drum Kit : NV60-M1
The Neo Vintage 1 series are the best sounding drums I've ever played. From the first strike of the drum you can tell that the drums are manufactured with great love, precision, and care. Playing these drums I am able to translate the ideas in my head strait to my instrument with the greatest ease. The drums produce a beautiful tone allowing for any drummers musicality to be enhanced.