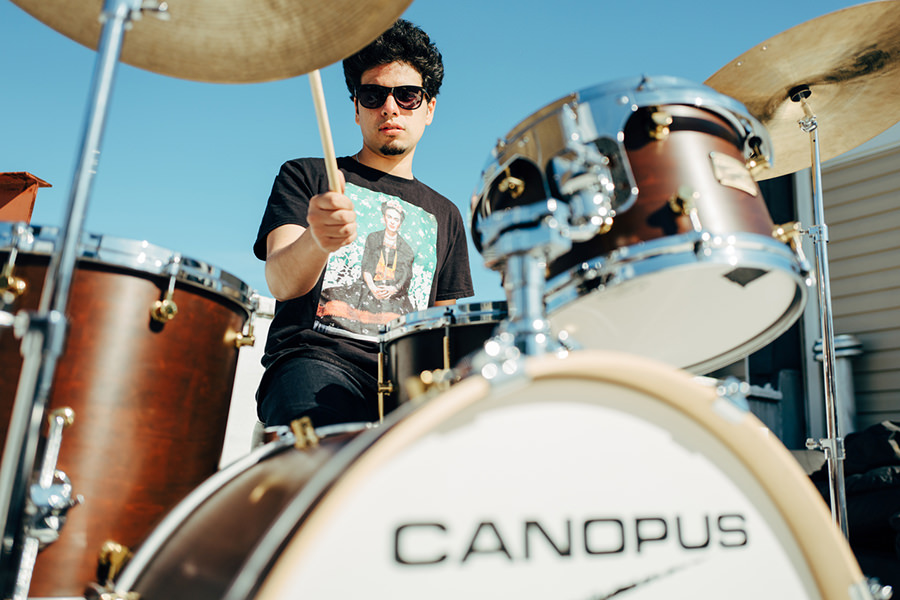 New York City-based drummer Diego Joaquin Ramirez was born and raised in Cork, Ireland. He played his first gig on drum set with his fathers’ band at age 4 and by the time he was 17, Diego was performing regularly around Ireland and Europe.
He attended Berklee College Of Music, The Banff International Jazz Workshop, the Betty Carter Jazz Ahead Program, and has studied with Ralph Peterson Jr, Terri Lyne Carrington, Nate Smith, Rodney Green, Andre Antunes, Jamey Haddad, Clarence Penn, and Tyshawn Sorey.

His recognition and awards include the Berklee Vater Drum-Set award, the Cork City Arts Award, the TD Fellowship award, the ASCAP Herb Alpert Jazz Composition award, and finalist in the 2017 DC Jazz Prix Competition with his group SULA.

"The NV60-M1 drums are a perfect combination of vintage and modern and are highly versatile. They work well in any style but maintain a lot of character within each different musical situation.
Each part of this drum set offers a beautiful unique sound at all dynamic and tuning ranges and I would describe the overall sound as fat, resonant, and round, with the perfect amount of dryness to it. They also feel great and inspire me every time I play them. I always have positive responses from band members, audience members, and other drummers who are blown away and excited by the sound and look of these drums. I look forward to using Canopus drums on all my musical endeavors and I highly recommend them to any serious drummer looking to develop their own personal voice!"