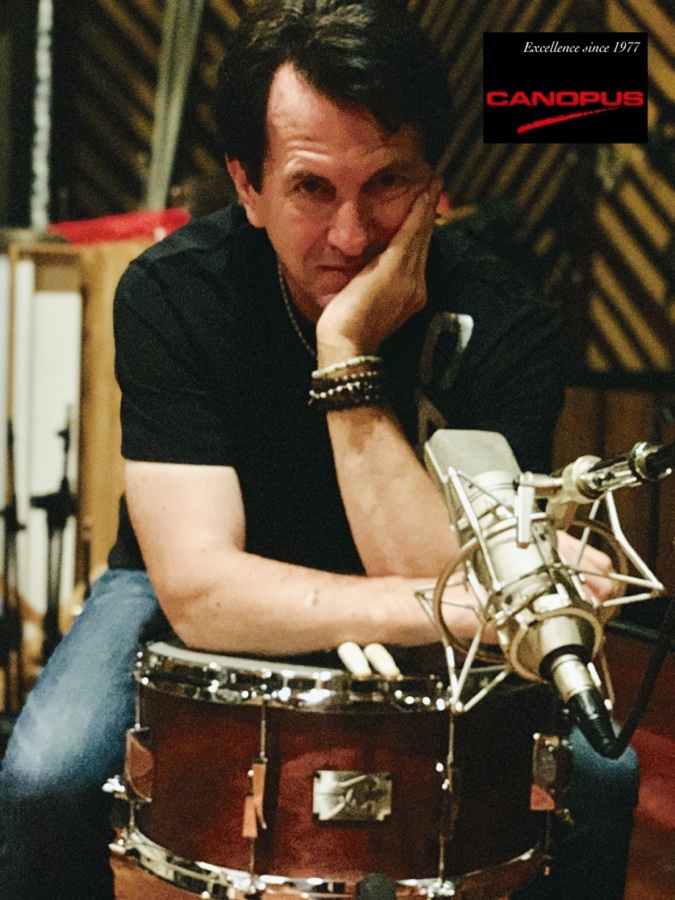 "The RFM kit is tough to beat," says K Bo. "The quality and workmanship is clearly top shelf and the sound capabilities are vast," he continued. K Bo also talked about the aesthetics of his RFM kit: "I have to say that it is rare that someone does not comment on the appearance of my kit and that is a direct reflection on the product that Canopus produces. Knowing the folks at Canopus and seeing them in action, they remind me of a pit crew in racing. They each swiftly and efficiently address a certain element of the drum kit and as a team they are relentless. I don't think the quality of Canopus drums is debatable at all and I know I am not the only one who thinks that."