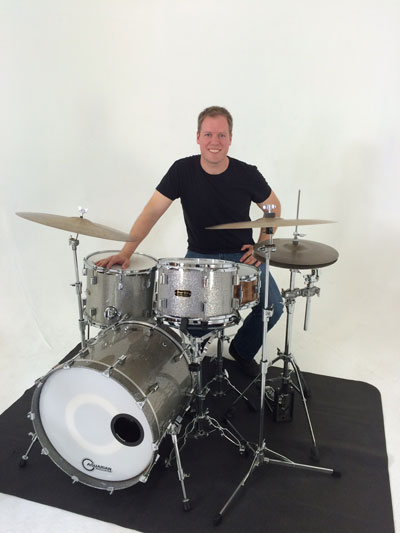 Dave Johnstone grew up in St. Louis, MO, where he began playing local jazz gigs at age 15. After high school Dave attended Berklee College of Music in Boston. Since moving to Los Angeles in 2000, he has worked with a wide range of artists, including Liza Minnelli, The Dan Band, Aubrey Logan, Eden Espinosa, Cortes Alexander, Allison Janney, The Pussycat Dolls, Lily Tomlin, Mike Schmid, and The Running Jumps among many others. Dave has been seen performing on Jimmy Kimmel Live, Last Call with Carson Daly, Ellen, and NBC’s Last Comic Standing. He has played on many albums and film/television scores, including the score for the Oscar-winning film “Juno”, and “Dig” on USA Network. Dave is the drummer for the award-winning vocal jazz department at Mt. San Antonio College, with whom he had the honor of performing at the 2013 Monterey Jazz Festival, and also received a Downbeat Magazine award for their 2013 album, “Imagine.”

Canopus wires make my snare drums sound their best. They respond at a full range of dynamics and give an amazing tone. I use these wires on ALL of my snare drums, live and in the studio!