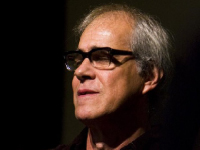 Born in Salvador, Bahia, Tutty Moreno started his career at the early age of 13, at first as a trumpet player, then playing alto sax, then finally, at 16 years old, as a drummer.
His style and his very own musical language, developed throughout more than 30 years as a professional musician, had its first peak in the early ‘70s. From then on, he has been incessantly connected, in tours and recordings, with some of the most important Brazilian artists, such as Caetano Veloso, Gilberto Gil, Gal Costa, Maria Bethania, Joyce and many others.
He has also played with many important jazz musicians, like Walter Booker, Jim Hall and Ernie Watts, among others, and with Japanese singer Lisa Ono.

Throughout more than 40 years of music, I have looked for an instrument that could sound like what I had in mind.
Quite a few famous brands have passed through my hands until I found Canopus, that seems to be reinventing itself year after year.
All I can say is that I am very pleased with my Canopus sets and will seek no other!