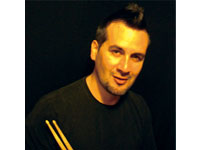 Canopus drums have a warmth acoustic sound hard to be found and can be used for every style; from Rock to Latin Jazz, and from the studio recording, to the road. They are a joy to play. All this, adds up to the quality of craftsmanship, beautiful appearance and attention to detail. Thanks to all the people at Canopus for making the best drums!