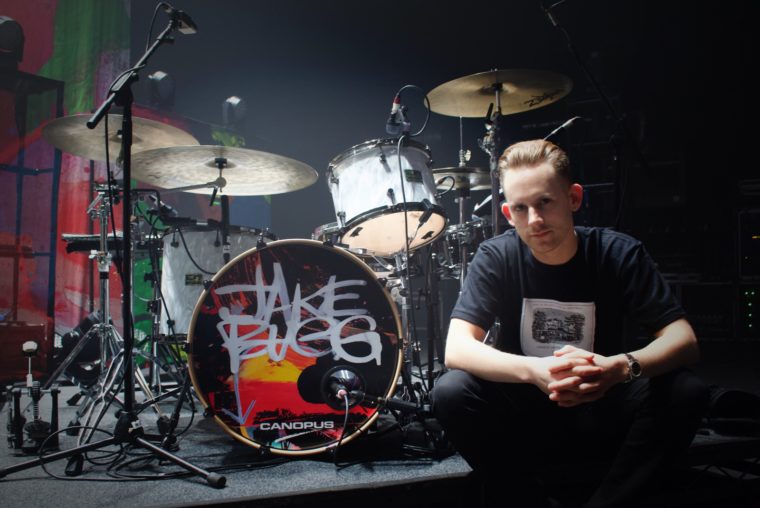 Jack Atherton currently plays drums for U.K Singer/Songwriter, Jake Bugg.
Jack played on Jake Bugg’s multi-platinum eponymous album that debuted at #1 in the U.K album chart and has gone on to headline tours all over the world. In that time they have supported the likes of Noel Gallagher’s High Flying Birds; The Black Keys; The Rolling Stones; Arcade Fire; The Stone Roses, to name a few.
2014 saw a headline slot at Glastonbury festival and since 2012 they have performed at the world’s biggest festivals spread over five continents including Reading/Leeds fest, Coachella, Summer Sonic and Lollapalooza.
As well as Live performances, Jack has also recorded several performances including: Later… with Jools Holland; The Tonight Show with Jay Leno; The Late Show with David Letterman; Conan; The Ellen Show; The Tonight Show with Jimmy Fallon; The Graham Norton Show; The Jonathan Ross Show.
Since starting to play drums at the age of 11, Jack has studied with various teachers at home and abroad, sighting his studies with the late, great Jim Chapin from 1999-2008 as his most influential.
As well as being a session drummer, Jack is also an educator and author.

After many years of collecting drums, both vintage and beyond, I have finally found in Canopus a company that encompasses the sounds I crave, in their ability to hand craft incredible consistent instruments. I no longer have to search far and wide to find drum kits that suit me, Canopus are making them all!