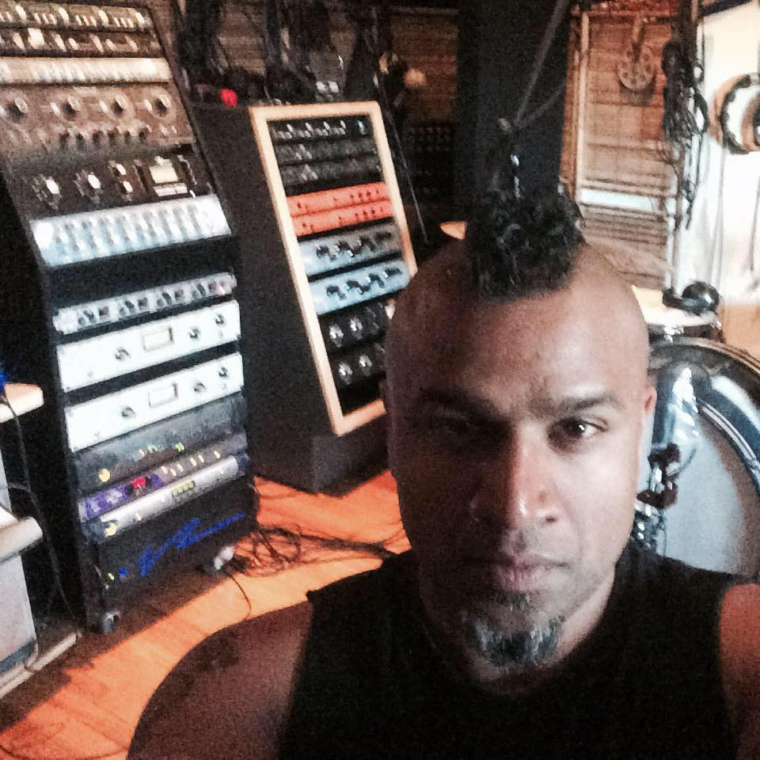 Born on the dusty plains of India.
After a few confusing months I was quickly packed and shipped to Sweden…
A country, whose socio-liberal system works great if you get sick or prefer blondes.
After ruining cutlery and pots imitating “Animal” from the Muppet Show,
my lovely parents bought me some drums.
I endured the cold harsh winters by practicing my newly acquired gifts in a basement with four windows.
I enjoyed going to school because of my friends, but most teachers yelled at me.
After picking up the piano and surviving high school I enrolled in music college,
two years of intense indulgence in the middle of nowhere.


As a child I often dreamed of living on top of the skyscrapers in New York City,
something I would reconsider today…
I settled for Los Angeles and bought my first car.

Living here has allowed me to work with some amazing people.
I’m working as a session and touring drummer along with producing records for people.

I’m currently the drummer in Billy Idol’s band and my parents have seen me on TV.
For some reason, animals like me…