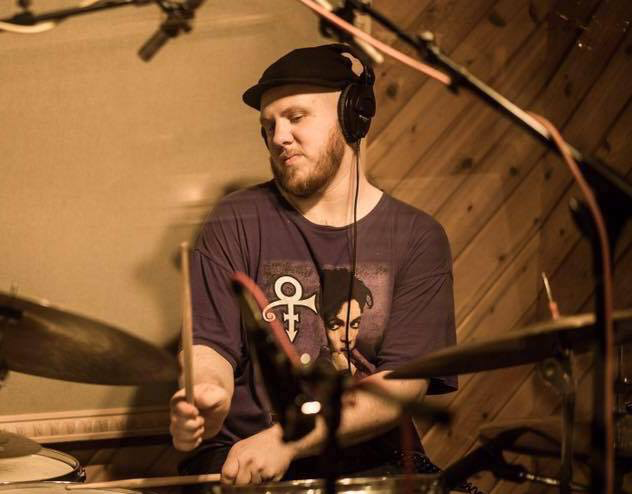 CURTIS NOWOSAD is a New York-based drummer, composer and bandleader. A native of Winnipeg, Manitoba, Canada, Nowosad has
distinguished himself touring coast-to-coast with his quintet, and performing in the bands of such world-class musicians as
Marc Cary, Philip Harper, Craig Harris and Jacques Schwarz-Bart, among others. He is a regular performer as both a leader and a
sideman on many high-profile stages such as Smalls, Dizzy’s, Smoke, Fat Cat, SOBs and Ginny’s in NYC, as well as having performed at
every major jazz festival in Canada and several in the US. He has performed with three NEA Jazz Masters, Candido Camero, Dave
Liebman and Jimmy Owens, and in 2013 he recorded with a fourth, pianist Kenny Barron.


His quintet’s critically-acclaimed, WCMA-winning and JUNO-nominated album Dialectics (Cellar Live) was released in March 2015, and features world-renowned tenor saxophonist Jimmy Greene, trumpeter Derrick Gardner, bassist Steve Kirby and pianist Will Bonness. The album made DownBeat Magazine’s “Best of 2015” list, receiving a 4 1/2 star review (“…fiery and scalding one moment, breezy and swinging the next, and perpetually inventive throughout.”). It reached #3 on both the CMJ and !earshot jazz charts, as well as spending ten weeks on the JazzWeek charts. The quintet’s debut album, The Skeptic & the Cynic, released in late 2012, spent two weeks at #1 on the !earshot Canadian Jazz Charts, and featured special guest and two-time GRAMMY nominee Taylor Eigsti on piano.

A recipient of several awards and scholarships, in 2014 Curtis performed at the Bimhuis in Amsterdam, as a winner of the Keep an Eye Jazz Award. He was twice selected to participate in the Betty Carter’s Jazz Ahead residency at the Kennedy Center in Washington, DC, and in 2012, he attended the Banff International Workshop in Jazz and Creative Music at the Banff Centre. He holds a masters degree from Manhattan School of Music, where he was a Fellow of the Jazz Institute and a student of John Riley and Jim McNeely, and performed with the multi-Grammy nominated MSM Afro-Cuban Jazz Orchestra, under the direction of Bobby Sanabria. He holds a Bachelor of Jazz Studies from the University of Manitoba, where he mentored with master drummers Terreon Gully and Quincy Davis. Curtis recently joined the faculty of the Manhattan School of Music Precollege Program and is a proud endorser of CANOPUS drums.

As far as I'm concerned, the Canopus NV60-M1's are the most remarkable drums on the market right now. They embody a lot of my personal musical philosophies, in the way that they are informed by the legendary products of the past, without being a direct re-creation, but rather an update for the music of today. I have the good fortunate of performing on these drums on a regular basis at some of the top clubs in NYC, such as Smalls and Smoke, as well as in several different studios and they always respond exactly how I need them to, no matter what the situation calls for. NV60-M1's allow me to stop thinking about the drums and focus on making MUSIC!