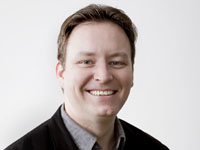 Brian was born and currently resides in New York City. He began playing as a child and studied with many great percussionists including John Beck, Jimmy Cobb, Adam Nussbaum, and the late Vernel Fournier. Since 1995 Brian has toured throughout the United States, Canada, Europe, South America, and Japan. Among the artists he has performed or recorded with are The Glenn Miller Orchestra, Junior Mance, Marlena Shaw, Dianne Schuur, and the late David ‘Fathead’ Newman. Currently Brian is a regular on the New York jazz scene, appearing frequently with pianist Anthony Wonsey and others. He most recently appeared at the Nokia Theatre in New York with Sharon Jones and the Dap-Kings and is featured on the upcoming Naomi Shelton release on Daptone Records.

My first impression of playing a Canopus set was "finally someone is getting it right!" As a huge fan and owner of vintage drums I had yet to find a contemporary manufacturer approaching those standards of quality, detail, and simplicity. Canopus is the first and in my opinion only company bringing a classic approach to drum making into the 21st century. They have acheived harmony between time-honored workmanship and modern technology. I am honored to be associated with Canopus, its products employees, and its commitment to making instruments of the absolutely highest quality.