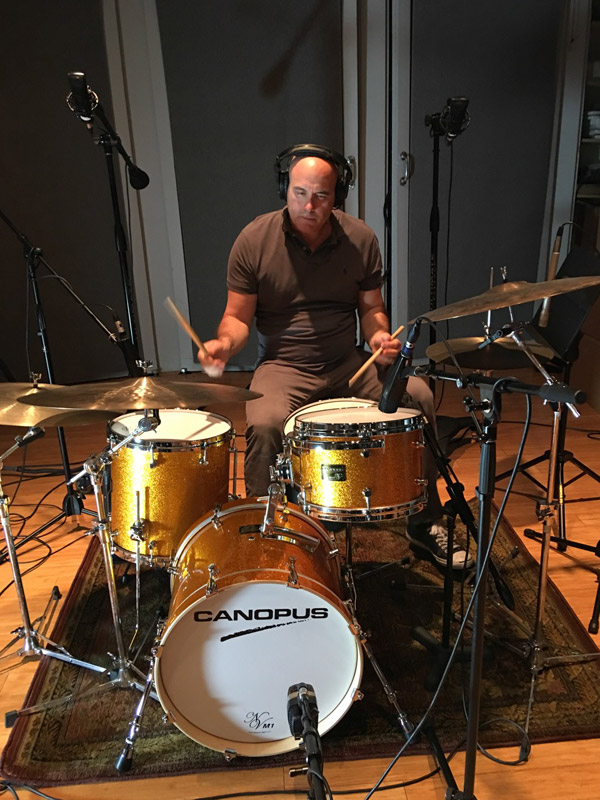 Ziv Fisher — Los Angeles based drummer and co-owner of 48 Windows, one of Santa Monica’s premier commercial post-production studios. A native of Tel Aviv, he arrived in Hollywood at the age of 24 to study percussion at the Musicians Institute with inspirational heavyweights like Ralph Humphrey, Joe Porcaro and Casey Scheuerell. “I was drawn to music ever since I can remember,” Ziv says. “It’s natural for me, a way of communicating. Suddenly, I found a whole community of people who really got that.”

After sitting in on several 48 Windows gigs as a session drummer, Ziv officially joined the company in 1994 and by 1998 he was overseeing the facility. Ziv continues to play drums on all the music for commercials and albums that 48 Windows produces, including jingles, TV cues, library music, backing tracks, and more.

At the same time, Ziv has played and recorded with the likes of Mickey Champion and Eric Garcia, Scott Gilman, Adam Lieb and Gary Swan. He also leads the Ziv Fisher Quartet in various club dates around Southern California.

Whether playing live or at the studio, I treat every musical situation like a new adventure, a new journey,” Ziv says. “That’s why I love Canopus Drums. The Neo Vintage MV60-M1 drum set really gives me the grace and flexibility to bring feel and intuition to my musical quest. Oh—and the craftsmanship is second to none!