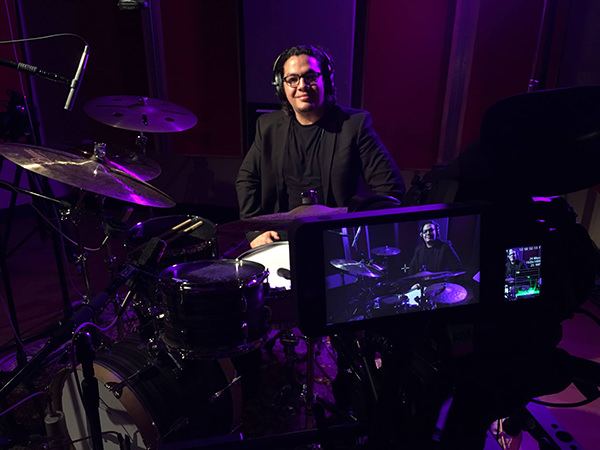 Also in 2015 he played Drums on the Berklee Online/Coursera course called: “Producción Musical y su efecto en la Composición” leaded by the Latin Grammy Award Winner Producer/Engineer and Berklee Faculty Enrique Gonzalez Müller. This course is about is the first one completely taught in spanish and is about music production. The course is available completely free and worldwide and has reached thousands of students all over the world in less than a year.

Currently, Vlade keeps himself busy playing with artists from all different styles in the Boston area. He Endorses Canopus Drums, Meinl Cymbals, Vic Firth Drumsticks and Ahead Armor Cases.