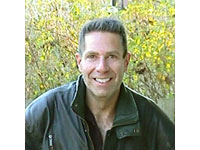 Versatililty with a backbeat a power bang a brush stroke or a funk groove all hybrid terms that guaranteed to describe the complex mechanics of drummer Terry Garguilo, in the midwestern states of north America you are guaranteed to either hear Garguilo live at a session at the worlds largest music festival summerfest or on the big screen with his associatates in Chicago at a film festival recongnizing the achievements of those whom he hangs with . The movie he was featured in was Song Sung Blue and was endorsed by Neil Diamond. and Chicago film critic Roger Ebert gave it 5 stars .Garguilo is one of the most versatile and respected drummers in the MIdwest today He is an expert in English Jazz and Rock. He is currently working on a CD. with Elvis Thao, who was in in the smash hit movie Clint Eastwood’s “Gran Torino”
Terry Garguilo is one of the most hard working theater and large festival drummers in the Midwest today. He was also nominated for a Grammy award with Milwaukee Rock Icon “Mark Shurilla”.

I have been playing professional since the age of nine. I've played many drums in my days. The Canopus Japanese Sword is my drums of choices. I am very proud to be a member of the Canopus family. These are very fine drums. They can take a beating and still give me the sound on a quiet performence that I need. I just wish I could have had these drums all of my career.I highly recommend Canopus drums for your next purchase .A commitment to excellence.