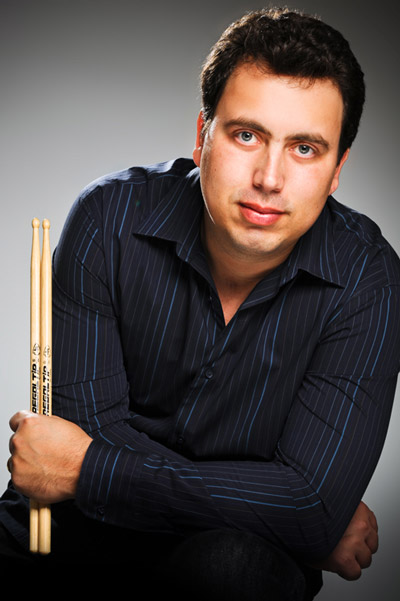 Rodrigo Rios was born on 1979, in Minas Gerais, Brazil. His first encounter with music was at 4 years of age, when he was given his first guitar. He took to the instrument so naturally that it has integrated his daily life ever since. At age thirteen, Rodrigo had his first exposure to the drums, and the same occurred. In his quest for musical advancement, Rios studied with renowned Brazilian drummers such as Carlos Bala and Marcio Bahia in Rio de Janeiro, and internationally-acclaimed drummers, Gregg Field, Joe Porcaro and John JR Robinson in Los Angeles. Rios also study at Berklee College of Music in Boston.

Rios focus lies on specific musical styles such as Pop, Jazz , R&B and Brazilian Popular Music, which has led to his performing alongside distinguished music artists in Brazil of the genre, including Isabella Taviani, Tulio Mourão, Wilson Sideral, Tavito, Vander Lee, Anthonio, Marcelo Elias, Rafael Martini, Beto Lopes and others. In 2008, Rios started his career as a record and music producer. In the same year he created, developed, as well as performed in, the Bossa Nossa ­Singing History project, a tribute to 50 years of Bossa Nova. After his first production, Rios produced many other projects.