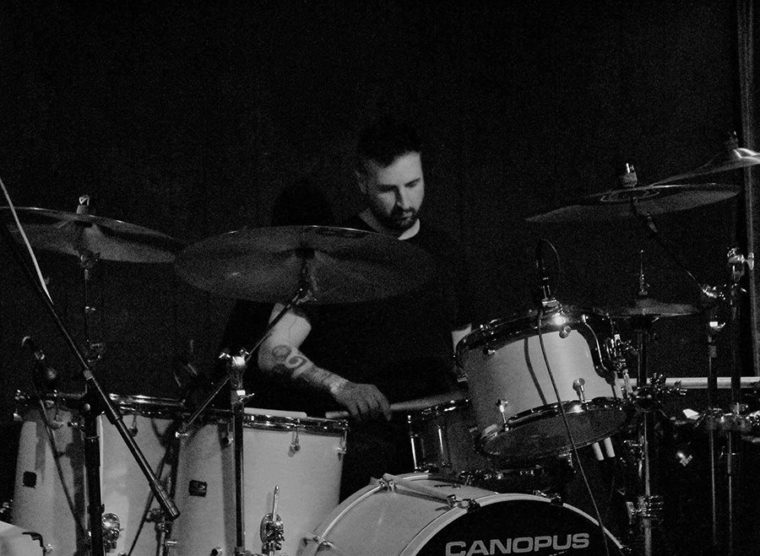 Neil DeRosa is a professional drummer from historic Salem, MA in New England. Over the last 10 years, he and his band 1476 have been a self-sustaining studio band. 1476 signed with Prophecy Productions in 2016 and began to actively tour. Neil’s drumming style blends aggressive punk grooves with metal influences, European folk, and a classic big arena rock beat.

Neil credits his musical inspiration to Stewart Copeland, Dave DiCenso, John Bonham, Jimmy Chamberlin, Phil Collins, Gavin Harrison, and Jonathan Moffet. Each artist has had great influence on the sound and style he has been building throughout his career.

Neil values the practice of self-exploration and personal growth to constantly reinvent himself with every album.

HS-1465 (14"x6.5")
"My first exposure to the Canopus company was through the Zelkova Snare. My teacher had just purchased the 14x6.5 model around the time I was going into a recording session with 1476. It was the beginning, and missing piece to the bigger puzzle when really trying to dial in where I wanted my personal sound to go. The drum's tuning range was beyond any other snare I had played at the time. When the tuning sat higher up the Zelkova was still full of resonance. On the other hand, having it tuned on the lower end where I prefer the pitch and tone remained clear and defined. When the snares are disengaged you can hear the beautiful low, warm tones on the lower end of the spectrum. The sharp edge angles and the die-cast hoops never failed when tuning and playing the heaviest of 1476 songs."

24″×17″BD / 13″×9″TT / 15″×14″FT / 18″×16″FT
"The Canopus Company has completely transformed the standard in which I hold drums. The R.F.M. Series became a staple in the 1476 sound. They inspired me to practice and play more and provide a vivid landscape of sound inside the studio that invokes the feeling of elements in nature. The bass drum and toms will thunder, while the Zelkova snare drum cuts through the mix and drives the music and rhythm forward like a storm. When using my preference of clear heads, the drums sound like you’re sitting in the middle of a giant arena, no matter how big or small the room may be. The expert care, craftsmanship, and the beautiful oil stain leave Canopus drums unmatched."