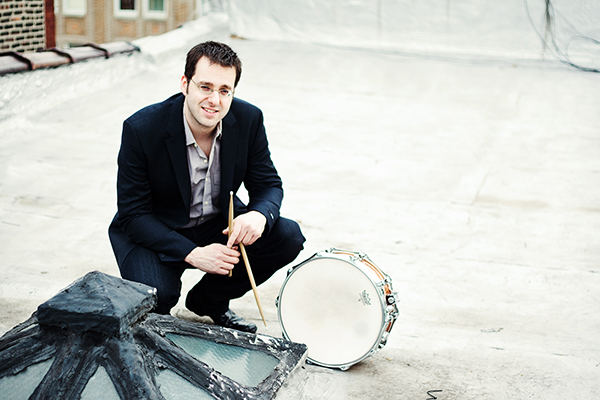 In the last 15 years drummer Jordan Young has been making a name for himself as one of the premier jazz drummers in New York City. He has performed with and recorded as sideman for many top jazz artists such as Wynton Marsalis, Peter Bernstein, Vic Juris, Jerry Vivino, Brian Charette,and Ben Monder to name a few. Jordan has recorded three albums as a leader. His debut recording entitled “The Jordan Young Group” was self released in 2010.”Cymbal Melodies” (2013) and “Jazz Jukebox” (2016) were both released on the Posi-Tone record label. These recordings met with critical acclaim. In addition, 2016 saw Jordan complete the prestigious Artist Diploma program at The Juilliard School which traveled around the globe representing the school.
Currently, Jordan leads a successful organ trio that has toured internationally and performs steadily in and around the New York City area. Jordan also has an active private teaching studio based in Brooklyn, NY. Jordan also endorses Canopus drums.

"I simply love the sound of these drums! They have such a clear and warm tone to them. Very easy to play and they just feel great!!"