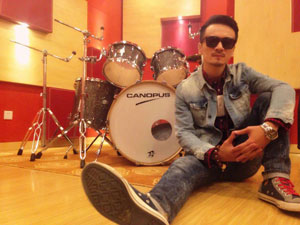 He studied under in 2001 in the famous rock drummer Wang Lan. As he practiced hard, work hard, blast mature, hot and full of tension, with unlimited energy and enthusiasm, especially with a young people’s momentum.