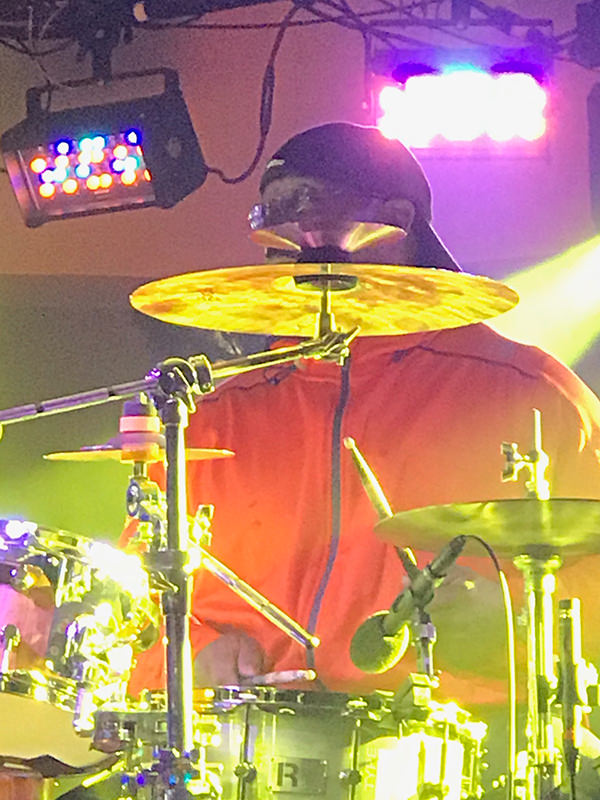 Charles was born in Hartford, Connecticut and raised in the city of Windsor. Charles music interest began at the age of 7 when he began to play the drums in elementary school. By the time he reached Jr. High he was well known and received various awards and music scholarships. He was influenced by Jass artist such as Art Blakely, Chick Corea and Tito Puente just to name a few. Charles grew up playing Jazz along with Gospel music at the “Mount Moriah Baptist Church of Hartford” where to this day he is the lead drummer. Charles has toured with Jazz and Pop musicians locally, nationwide and internationally recently playing in Jamaica(Ocho Rios), Block Island, Rhode Island and the ApolloTheater. Charles has also performed and recorded with various artist from New England, New York, Oyster Bay Long Island and Metropolitan Area including the “Dave Mack Band” “Lance james Profest”, Ginettas Vendetta and the great Jazz trio “John Valeri Trio”. In 2004, Charles joined forces with the “The Dave Mack Band” where they are currently gearing up to tour the U.S. and internationally courtesy of their sponser “Molson Ice” with future hopes to partner with many more sponsors.

Wow!!!!!!!!!!! I'm impressed with my snare wire(s) I really didnt think that they would make a big differnce but they do. The response i got after putting it on was like night and day. I used the(DR) on my 13x9 snare since i play Motown with my band:SOUL SOUND REVUE.net and while i also play Gospel I tend to use the(NP) on that snare. Most drummers know the ugly overtones u get from playing and that speaker in back of u or next to u just rattels and everyone looks 2 u to say " what's with the overtone"? dont u have a dead ringer or something? well not anymore!!!!!!! Thanks Canopus and most of all Mr. Taxi I'm proud to be part of the family and looking forward to a great future with u and the canopus corporation.