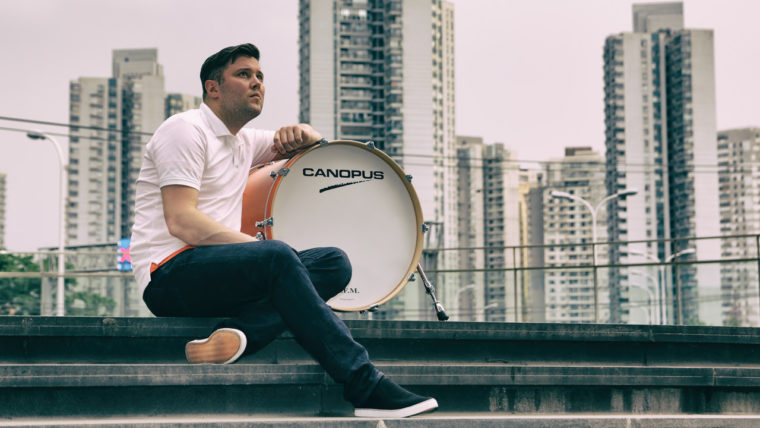 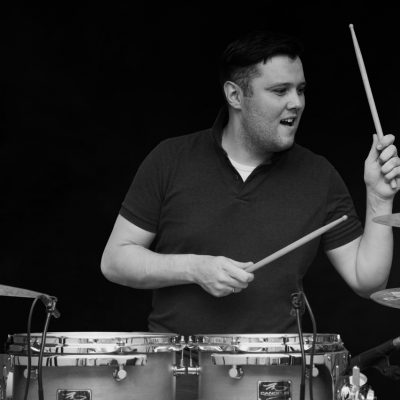 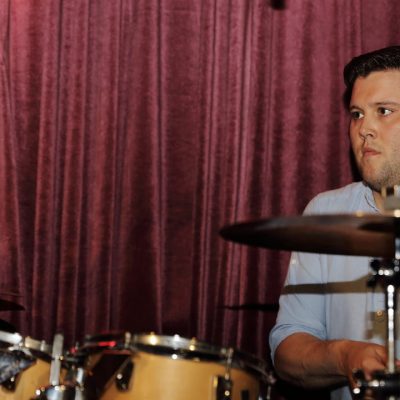 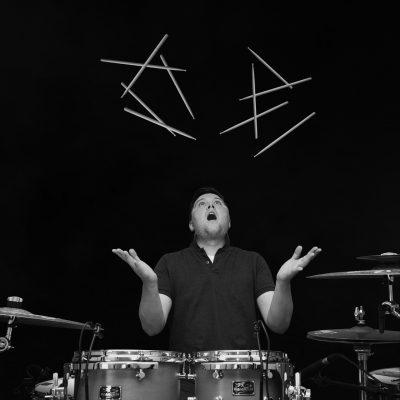 Based now in Shanghai, China – Anton Shumeev was born in Russia into a family of musicians. His mother was an orchestra conductor and Anton was closely connected with music. He took up drums at the age of ten, playing in a music school orchestra and in a school music group called ‘The Bownes’. At that time Nirvana and Red Hot Chili Peppers had a very strong influence on him.

After graduating music school at the age of 15 he studied percussion at a music college for four years. He toured all over Russia and took part in several music festivals and competitions. During his time at college Anton studied the work of famous drummers including Dennis Chambers, Vinnie Colaiuta, Steve Gadd, and Dave Weckl. It revolutionized his drumming. He learned to imitate their style and reproduce whole sections of their work.

After college Anton moved to Saint Petersburg, Russia, to study at the University of Culture and Arts. During his five years at university he played with several bands across a range of musical genres. He learned about a new generation of drummers including Ronald Bruner Jr, Eric Moore, Chris Coleman, and Aaron Spears. Their cutting-edge performances, new ideas, new grooves and phrases, and ground-breaking techniques influenced Anton’s approach to drumming, playing style, and way of thinking.

After graduating university Anton completed one year of military service, playing with a military orchestra and undertaking eight to ten hours of classes per day – sight reading and learning rudiments. He was the director of the drumming show, and in this role participated in the Hamina Tattoo International Military Music Festival in Finland to great acclaim.

After the army Anton opened ‘’DrumStep’’, a private drumming school for children. He got second prize in international competition Zildjian Drummer Love Europe at the age of 22, and at 23 moved to China with his disco-funk group ‘TB Band’. He worked with them for one year before moving to Shanghai, where he remains to this day. A mainstay of the Shanghai music scene, Anton plays with bands such as ‘B1’ (original EDM/disco/funk) and ‘Luis Coelho Band’ (original progressive rock).

Anton also works as a independent performer and session musician. In 2016 he released his first DVD, ‘Inspiration’, in which he plays his own original work as well as some tracks from drummers who served as his biggest inspiration, such as Nick Smith, Eric Moore and Aaron Spears.

«My free time I dedicate to my own projects, compose some tunes that allows me to express myself in music».