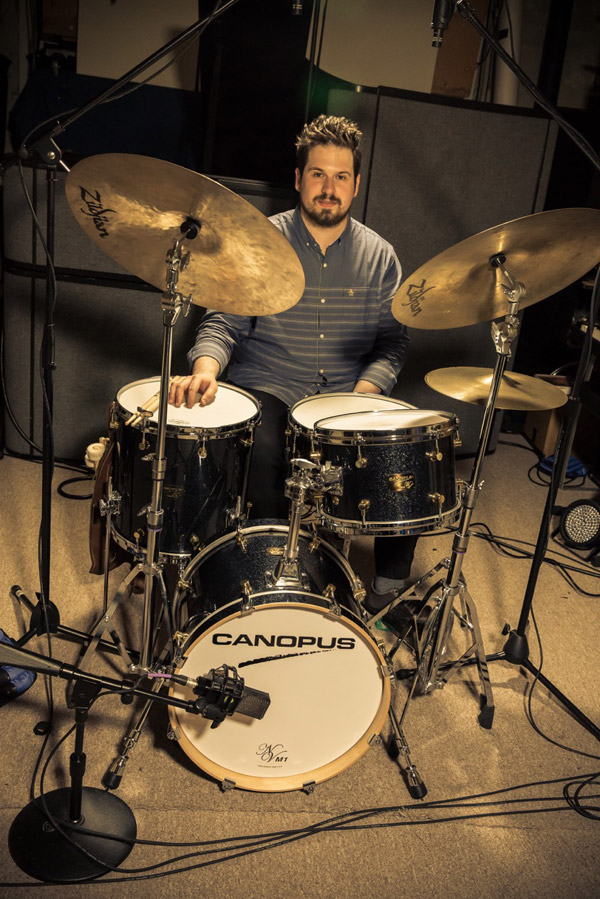 Born in Toronto, Adam Arruda has been surrounded by music from a very early age, growing up in a musical family. Adam began playing the drums at the age of 3, and began studying music via the ORFF method at the Royal Conservatory of Music in Toronto at 5 years of age. Later that year Adam began taking drum lessons with Steve Mancuso and playing in Jazz combos at the Humber College Community Music School, led by Cathy Mitro. By his teenage years he was already actively working on the local scene, and began leading his own combo at Humber. Adam received the prestigious Zildjian Outstanding Young Drummer and Combo Drummer Award from 2001-2008 at Music Fest Canada, as well as other honorary awards, and played in the Yamaha All Star Band from freshman year until senior year while he attended Claude Watson School for the Arts. At Claude Watson, Adam gained experience playing in Symphonic Band and delved even deeper in his studies. While in high school, he played in the Jazz FM Youth All Star Band every Saturday, in his senior year. He also attended the Brubeck Summer Jazz Colony in 2006 and 2007, the Vail Summer Jazz program, the School for Improvised Music, the Creative Music Workshop and other workshops in the U.S.A and Canada. In 2007 Adam was invited to the Grammy Awards to perform with the Gibson/Baldwin Grammy Jazz Big Band, and was chosen to study at the University of the Pacific for one year as a Brubeck Institute Fellow along with four others in 2008 under Joe Gilman on full scholarship.

At the Brubeck Institute, Adam had the privilege of studying with Joe Gilman, Taylor Eigsti, Jeff Ballard, Geoffrey Keezer, Ray Drummond, Yosvanny Terry, and many others and got a chance to play Jazz Festivals across the U.S, such as Detroit with greats like Christian McBride. The ‘08/’09 Brubeck Institute Jazz Quintet received Downbeat Magazine’s Best College Combo twice. Shortly thereafter, he attended Berklee College of Music in Boston until 2013 on scholarship, where he studied with Terri Lyne Carrington, Ralph Peterson Jr., Neal Smith, Jamey Haddad, Alain Mallet, Dave Santoro, Darren Barrett, Hal Crook, Jim Odgrin, Lennie Nelson and many others.

My Canopus NV-60 M1 drums are nothing short of beautiful, with a vintage soul and a modern sensibility. They are chock-full of a warm and fat, full and round tone that has body whether you are behind the kit, or in the back of the club, and hands down the most amazing snare drums I have ever played, with a naturally dry rich tone, and fast response from their beautiful snare wires. Solid drums and perfect ightweight hardware as well. I love Canopus, and everything they stand for, it is such and honour for me to join this family, and look forward to playing and being inspired by Canopus Drums all around the world!