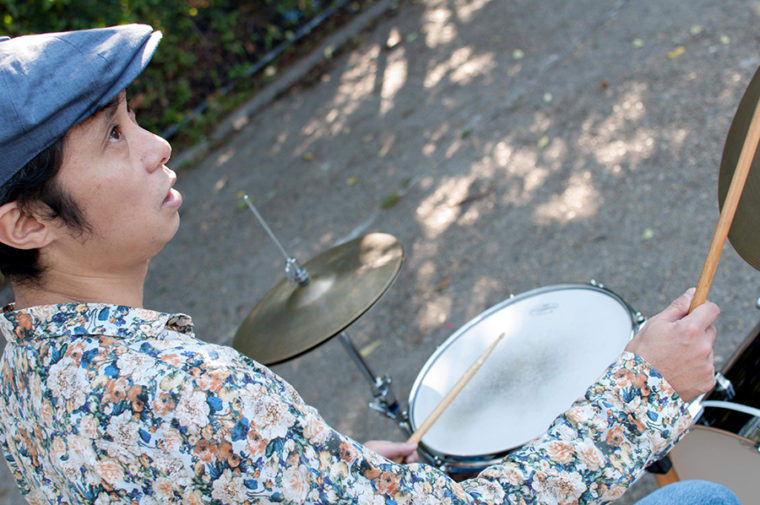 Born in Tokyo, Japan in 1978, Daisuke started playing drums at the age of 16. As a youth he intensively studied the style of legendary Jazz drummers such as Art Blakey, Philly Joe Jones, Roy Haynes, Elvin Jones, etc. He began his professional career as a drummer in 2001. In 2004, Daisuke joined the renowned jazz band “The Shocking” which includes trumpeter Osamu Ueishi who won a Grammy award in 2011, and has toured with the band throughout Japan. In 2009, he worked with Isao Suzuki, one of the greatest jazz bassists who played with world famous jazz musicians such as Thelonious Monk, Charles Mingus, Ella Fitzgerald, Jim Hall and the legendary group “Art Blakey & Jazz Messengers.” In 2010, Daisuke recorded with Junko Akimoto, an acclaimed pop singer from Japan, whose number one hit “Ai No Mama De” sold 568,334 copies in 2009. He also played on Akimoto’s first jazz album “encore ~Jazz Standard~” and toured with her throughout Japan. Daisuke has also performed in one of the most renowned jazz festivals in Japan,
ASAGAYA JAZZ STREETS as a member of “Makio Shimizu Quartet” from 2007 through 2010.

In 2011, Daisuke got an opportunity to go to New York City for three months. He played with the outstanding jazz-funk band
“Woven Notes” at The Winery at St. George in Mohegan Lake and Groove in Greenwich Village many times at that time. He recorded with the young talented pianist, Yuki Terashima for his album “Tareginal” in 2013. In 2014, He invited the band “samA & EAU DE MOND” to New York City and produced their concerts at The Winery at St. George and Groove. In August 2015, he returned to Japan for recording sessions and concerts with “samA & EAU DE MOND.” He recorded for their second album “WHITE NIGHT WALTZ” and played in the concert for CD release celebration at Rakuya in Tokyo. In 2018, Daisuke recorded with acclaimed musicians based in New York City, Bruce Edwards (guitar), Ben Paterson (piano) and Nori Naraoka (bass) for his first album “Taking the D.”

15*12 BD, 10*7 TT, 13*12 FT
“Canopus drums blew me off with beautiful sound when I played on club kit for the first time. It fits any styles and any situations, small combos at jazz clubs, loud funk bands and outdoor concerts.
Light Weight Hi-Hat is one of the best hardwares ever. It always helps me swinging hard.
I really love Canopus’ highest quality and spirit.“