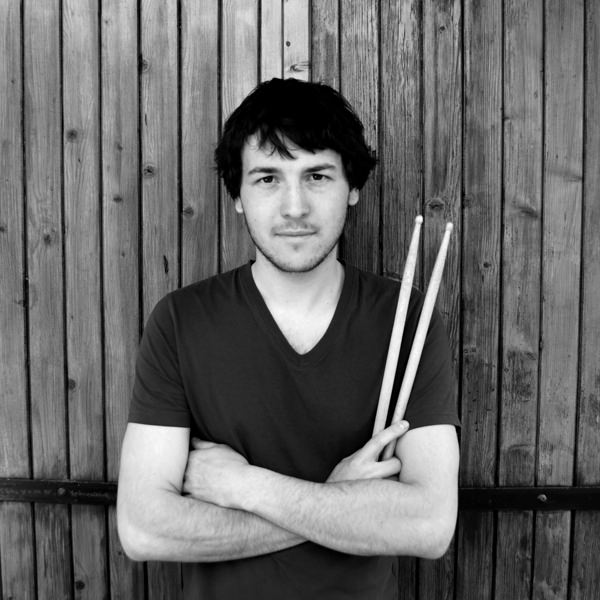 
Originally from Montpellier, South of France, Nicolas Grupp became passionate about playing drums at the age of 13. Before turning 18, he did his first gigs in a rock band that ultimately ended up playing 80 concerts during the three years of the groups’ existence. Nicolas started courses on jazz and West-African music at a music school called ‘Jam’ in Montpellier. In 2005 and 2008 he visited Mali with his drums in order to truly learn the Touareg rhythms. During these trips, he met with several Malian artists and groups, such as the well-known band Tinariwen with which he had the opportunity to play two concerts. In order to complete his music studies, Nicolas enrolled in the school of Didier Lockwood, CMDL, from which he graduated two years later with excellent grades. He currently resides in Paris and plays in numerous jazz and world music projects. He performs in France and abroad with artists such as Jérome Barde, Raven, Levis Reinhardt, François Théberge, Justin Adams, Terakaft and Tamikrest. Some of his most memorable concerts have been played at festivals such as Sziget, Glastonbury, and Printemps de Bourges. In addition to Europe, Nicolas has also been touring in the USA, Russia, and Western Africa.

The first time I played the Canopus NV1 at a festival in Paris, I was struck by the richness of the sound and the way in which it projected on stage. Now after receiving my first Canopus drum, I have also learnt to really appreciate the quality of manufacturing and the reliability of the instrument during long tours. The sound still continues to surprise me, especially its warmness and the easiness in controlling the sustain.