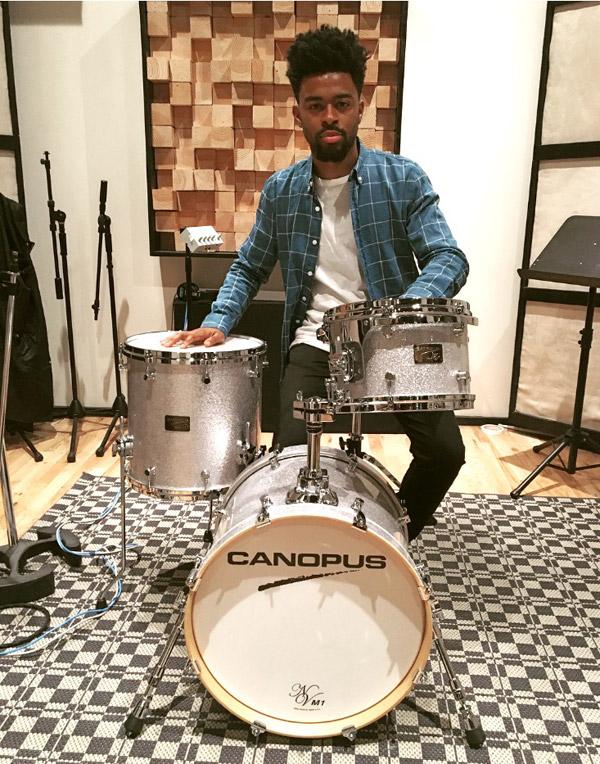 Drummer, Jonathan Barber, born in Hartford, CT, has been playing the drums since the age of 5. Jonathan was first introduced to the drums by his father and began nurturing his passion and talents at his family church. During his senior year of high school, Barber became a member of the Artists Collective in Hartford, CT founded by Jackie and Dollie McLean. There he studied with Master Artist, Renee Mclean, who introduced him to jazz, and its African roots and rhythms; it was at that point Jonathan knew he wanted to be a musician. He furthered his studies at the University of Hartford, Hartt School of Music, Jackie McLean Institute of Jazz, where he graduated Cum Laude, receiving a B.A. in Music Performance (Jazz Studies). Wasting no time Jonathan became an on-demand drummer in the Hartford, CT Jazz scene, and began building his career in the New York jazz scene. Jonathan has had the opportunity to perform with many artists such as, Jimmy Greene, Erykah Badu, Wallace Roney, Jeremy Pelt, Kenny Barron, John Patitucci, Kurt Elling, Terrace Martin, Charnett Moffett, Stanley Jordan, Harold Mabern, Steve Davis, Larry Willis, Abraham Burton and many more. Jonathan has been privileged to give back to his community and worked as a teacher at the Artists Collective, Litchfield Jazz Camp, University of Hartford (Hartt School) and the Greater Hartford Arts Academy. He has been featured on recordings such as “Bloom” (2014, J.D. Allen), “ Grace” (2013, J.D. Allen), “ Collective Consciousness” (2014, Jovan Alexandre), “State of Emergency” (2012, Nat Reeves). Since moving to New York, NY Jonathan has traveled and toured internationality, and performed in notable festivals and clubs. Currently, Jonathan Barber continues to tour nationally and internationally and is now stepping out as a bandleader, performing in jazz clubs and festivals around the world, giving private lessons, and conducting workshops.
“I recognize my God given gift. Maximizing this gift to its full potential is the best thing you can do for yourself. Operating in this gift is how you give back to the world.”

You can play any style of music with Canopus Drums. The Neo Vintage NV60-M1 truly lives up to its name. It has a modern and fresh look that projects an authentic vintage sound. These drums are built with quality and posses the ability to enhance a drummer's musical voice. I am proud to be apart of the Canopus Drum Company and I plan on making many musical statements around the world with these drums.